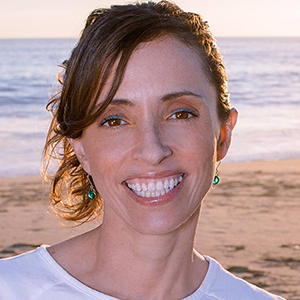 SPEAKING AT:
Get Immersive: Navigating the World of Virtual Reality
How to Make VR Work from Development to Distribution

Mariana is a technologist, connector, and entrepreneur. During her years at The Foundry, she focused on virtual reality post-production workflows, as well as being the Head of Product Specialists in the Americas. Mariana was a pioneer in her hometown Mexico City, where she founded the first VR and 360 video production and branding agency – JoltVR.

Most recently she co-founded Opaque Studios, where she leads the roadmap for new and existing technology developing tools for Virtual Production using VR, AR & AI transforming the way filmmaking is done today. She was one of the ten finalists of the Women Startup Challenge VR and AI, she was also featured in Variety magazine named one of the top 10 VR innovators to watch out for. On January 2018 she completed the certification in “Artificial Intelligence – Applied to Business Strategy” from MIT.

Prior to her switch into tech, she worked as an on-set VFX supervisor & senior digital artist and has
over 13 years’ experience in the motion picture industry working at such studios as Sony Imageworks, CIS Hollywood, Digital Domain, HBO, Columbia Pictures and Fuse FX.