***With a BONUS post event workshop on buying NFT Assets!

STATE OF THE INDUSTRY

We will touch on the big shift in the definition of “Independent” and how the budgets have skyrocketed. We can thank the streamers for allowing more people to engage with Documentaries, Films and Series…especially international local language content!

Hear from the people behind films such as “The Last Son”, “Slayers”, “Murder at Emigrant Gulch” and many more. Jane and Penn will also discuss their upcoming Amazon and IMDb TV’s Crime Drama “Troppo” and currently in development is a film adaptation of Stephen King’s “From a Buick 8”. Jane’s extensive credits include the Amazon Prime hit series “The Expanse,” HBO’s “Hung,” and films such as “The Predator,” “The Punisher,” and “Dark Country,” which he wrote and directed. Penn is a highly sought-after independent producer with credits such as “Gallowwalkers,” “Altitude,” and “Dark Hearts.”

SPEAKING THE LANGUAGE: BRIDGING THE GAP BETWEEN FINANCIERS AND CREATIVES

Hear from the Co-Founders of Curiosity Entertainment (Madame Secretary, The Night Manager, Needle in a Timestack, Capone, Let Go, The Card Counter and more) as they discuss with their guests, the connection between financiers and creatives on a project, and how to understand all aspects of a production.

ROYALTIES DISRUPTED: NFTS AND THE RISE OF CREATOR ECONOMIES

In this informative session attendees will learn about the fundamentals of NFTs, understand what exactly a Metaverse is, and how Royalties from smart contracts empower Creator Economies.

This discussion will address the different markets that NFT/s are touching including; Gaming, Film, Television, Music with a focus on the Animoca Brands. Patrick and Yat will discuss the Metaverse (Sandbox etc.) how this works for Film. Another highlight will be exploring the Network Effects… and how this is Created by Community.

How to Buy a NFT Asset

Agenda is subject to change.

For more information on how your company can benefit from sponsoring or exhibiting at this event, please contact: 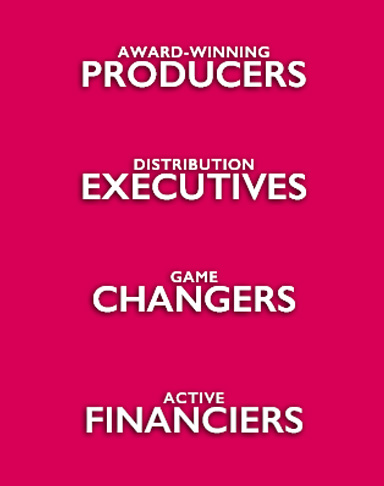