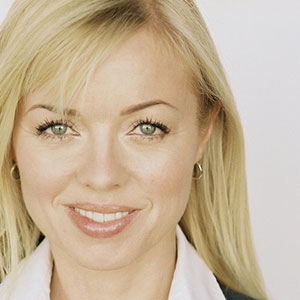 SPEAKING AT:
Keynote Conversation on the New Era of Filmmaking

Bronwyn Cornelius is a Sundance Grand Jury Prize award-winning producer and ardent supporter of female content creators and diverse voices behind and in front of the camera. Her career experience includes projects with Gracie Films, Paramount Pictures, 20th Century Fox and Warner Bros.  Her work in feature films began working alongside a veteran studio line producer on such Academy Award-winning movies as “Jerry Maguire” and “As Good As It Gets.”  She most recently developed and produced critically-acclaimed “Clemency,” starring Academy Award-nominated Alfre Woodard, which won the 2019 Sundance Film Festival’s Grand Jury Prize. Her other independent features include SXSW Jury Award-winner “Made In China” (IFC Films); LA-based immigrant drama “Greencard Warriors” (AMC Independent / HBO), which received almost 2 million online views; critically-acclaimed “Never Here” (Vertical / Starz), starring Mireille Enos and Oscar-nominated Sam Shepard in his final film (The Guardian, “Biggest Films of Autumn 2018.”  4/5 stars); and short film “Distortion,” which was chosen to be part of Joe Biden’s White House initiative “It’s On Us,” as part of their campus outreach to stop sexual assault.  She is currently producing coming-of-age feature “The Bang Bang Girls”, and Kenyan political thriller “The Czar,” as well as developing a slate of film and television projects including a female-driven dark comedy series inspired by her time working as a sales trader on Wall Street, and a comedy sketch series about the history of misogyny.  She is Board Chair Emerita and remains actively involved on the board of international non-profit GlobalGirl Media, and is a member of the Producers’ Guild of America.